In a prior post, I mentioned my friend Professor Young-dahl Song's Korean text version of Keith's book Eastern Windows that included as an appendix a catalog of Keith's prints and paintings known to Professor Song as of 2012.  Recently, Professor Song has found a Korean publisher to reissue Elizabeth Keith's 1946 book Old Korea (written with her sister, Elspet Keith Robertson Scott), which has not been in print anywhere since 1947.  Used copies of the first edition typically fetch several hundred dollars in today's market.  In addition to the English language version of Old Korea, Professor Song has also published a  companion Korean language translation of Old Korea. 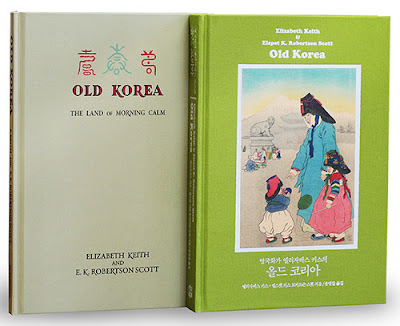 The Korean version (printed on higher quality paper) includes all of Keith's paintings and prints on Korea known to Professor Song as the publication date.  Most of the illustrations are in color and take up an entire page.  The majority did not appear in the original book, others did but not in color as here, and the ones that were in color in the original book are reproduced more sharply and vividly than in the English language reissue.  For the benefit of Western readers, all the prints and paintings are captioned in English. 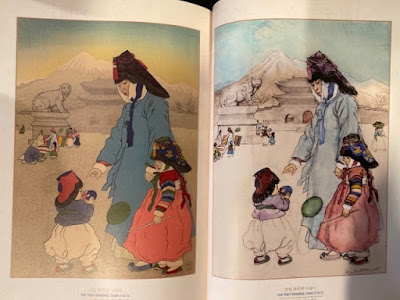 Particularly interesting to see are the original drawings and watercolor studies for many of Keith's woodblock prints.  The expanded Korean text additionally includes Professor Song's article on the life and art of Elizabeth Keith.  The book ends with a visual thumbnail index of all the artwork referencing the page(s) where larger versions can be found and a bibliography that is partly in English. 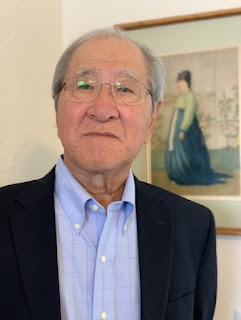 This book and other books by Professor Song relating to Elizabeth Keith can be ordered in the U.S. from Bandi Books US in Los Angeles.  However, since their website is in Korean, readers may find it easier to place their order by phone than to navigate the website.  Copies are currently being sold on eBay for twice the list price, so caveat emptor.