A Piece of Wolsky

One of Yoshijiro Urushibara's more elusive collaborators was Milton L. Wolsky (1916-1981).  The recent Chapman-Horner catalogue raisoneé for Urushibara omits him altogether from their biographical appendix, and my own efforts to learn more about this cryptic artist were, at first, similarly unavailing. 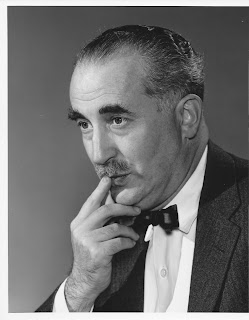 It turns out there is a very simple explanation why initially I was unable to locate any reference to Wolsky in the literature.  The catalogue raisoneé entry for Urushibara's only known woodblock print based on a Wolsky design ("Hill Town") erroneously names him as "Mitton," not Milton, Wolsky, no doubt based on a misreading of Wolsky's pencil inscription to Urushibara's daughter found on a copy of the print in Urushibara's son's collection.  In time, I came to acquire Ichiro Urushibara's copy of that print, although it was not until several months later that I studied the signature in any detail and came to the conclusion that the signature was that of "Milton" Wolsky.

So who was Milton Wolsky?  Thanks to an on-line biography posted by Gallery 1516 in connection with their exhibition "Milton Wolsky: A 20th Century Modernist" held in the spring of 2014, I learned that Wolsky was born in Omaha, Nebraska in 1916.  He graduated from the University of Omaha, where he studied Depression-era portraiture and fine art painting.  He subsequently studied at the Art Institute of Chicago and later at the Art Students League of New York under the direction of Julian Levi and Hans Hofmann.  After a stint in the Army during World War II, Wolsky lived in New York City from 1946 to 1954, where he was one of the major post-War magazine illustrators.  His work regularly appeared in Time, Life, Redbook, Collier's, McCall's, The American Weekly, and Esquire magazines, among others, and he was a member of the Society of Illustrators. 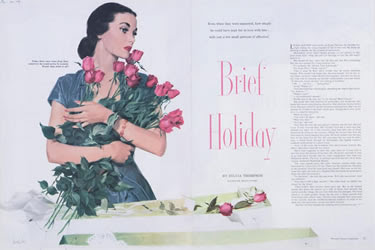 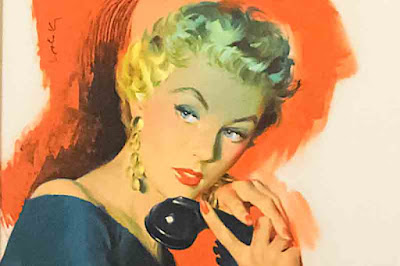 Give Him To Me (1955) by Milton Wolsky
(reproduced in Collier's Magazine (June 24, 1955)
Courtesy of the ARTicles Gallery
(casein on paper)

Wolsky missed the Midwest, however, and in 1954 he purchased "El Paraiso", the J. Laurie Wallace studio and returned to Omaha.  He continued to earn his living with illustrative and commercial art, but his private passion was for contemporary and abstract oil painting.  A fellow in the International Institute of Arts and Letters, he was listed in “Who’s Who in Art” from 1956 until his death.  Wolsky was one of only two Nebraska artists included in the inaugural “Art in Embassy Program”, a program President and Mrs. Kennedy began in 1963, and his work was exhibited by invitation at various museums including Joslyn Art Museum, Rochester Art Museum, Colorado Springs Fine Art Center, Walker Art Center, the Smithsonian Institute, and the U.S. Air Force Historical Foundation.  His paintings brought in little income during his lifetime, and he died of cancer in 1981 at age 65. 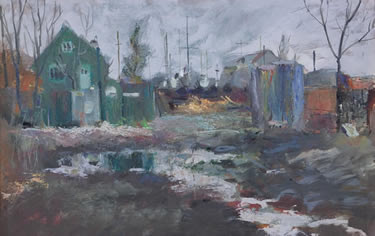 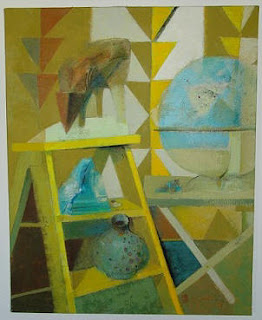 All of this was interesting as far was it went, but it shed no light on Wolsky's connection with Urushibara, nor was there any indication whether Wolsky might have himself made prints at one point in his life.  The subject of Urushibara's "Hill Town" print suggested to me that Wolsky had visited Europe, perhaps Tuscany, and so it was possible that he had met Urushibara in London in the late 1930s before Urushibara was expelled from England in fall of 1940.  As it turns out, however, there was also an opportunity for Wolsky to have met Urushibara in Tokyo circa 1946 when he was stationed in Occupied Japan as a member of the Eight Army Corp of Engineers.  Wolsky's art training was put to use during this time depicting the rebuilding of Japan for the U.S. government, a number of images of which were later published in two books by the military. 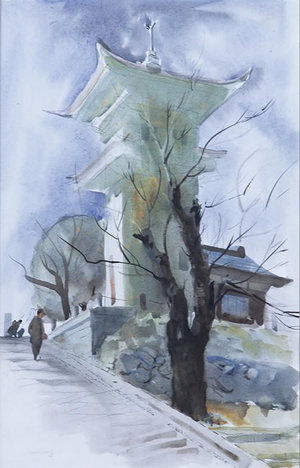 Patrick Dickey, the Director of Gallery 1516, was kind enough to put me in touch with Norma Hilt, owner of the ARTicles Gallery, the exclusive representative of the Wolsky estate and apparently the source for Gallery 1516's Wolsky on-line biography.  Ms. Hilt graciously searched through her records and, while she could find no reference to Urushibara, she found a reference to watercolor dated 1945 with the title "Town of Cabriès, France" in a list of Wolsky's pre-September 22, 1956 paintings.  This notation contained the illuminating parenthetical "(woodcuts later made in Japan)."  In the column where Wolsky typically indicated who owned his paintings, he simply noted "...? where, ? prints." 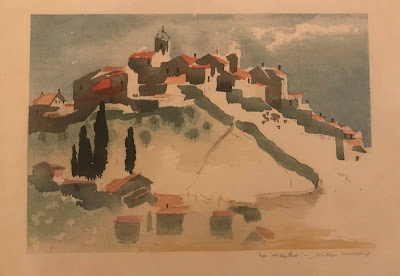 Since Wolsky never returned to Japan, I think we can safely conclude that Urushibara made his print in 1946, making it Urushibara's final print collaboration with another living artist.  (Urushibara's only other print collaborations after leaving England appears to be his 1940 Japanese portfolio of six earlier Brangwyn prints, most issued in a reduced size.)   Those interested in how well Wolsky (and Urushibara) captured the topography of Cabriès, a town near Marseilles and Aix-en-Provence, can compare the above woodblock print with these contemporary photographs of Cabriès. 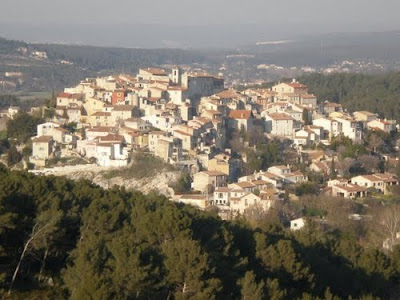 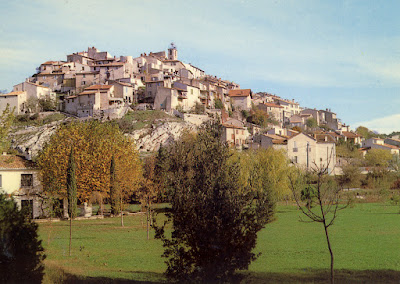 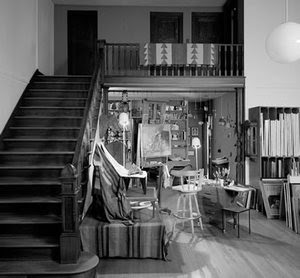 
If a comment box doesn't appear below, click on this link instead: http://easternimp.blogspot.com/2018/07/a-piece-of-wolsky.html
Posted by Darrel C. Karl at Friday, July 06, 2018