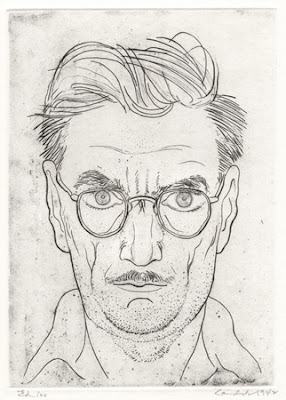 Although trained as an architect, Armin Landeck (1905-1984) was unable to find employment in his chosen profession due to the Depression and decided to devote his attention to printmaking and teaching.  As with John Taylor Arms and a surprising number of other etchers who studied architecture, buildings tend to be the dominant subject in Landeck's mature work. 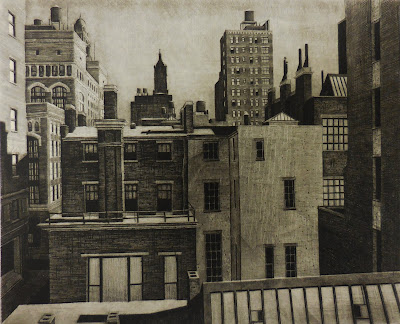 Of the approximately 130 prints made during the course of Landeck's career as a printmaker, however, one image particularly stands out as being seemingly unrelated to Landeck's life and travels, a portrait of a Japanese boy.  What possessed him to commit this boy's likeness to paper?   Was the boy a childhood friend of Landeck's son Philip? 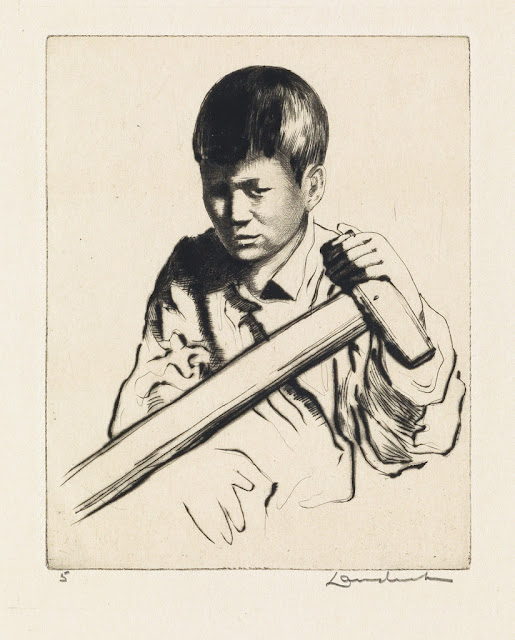 Landeck's title for this print is no longer politically correct, but his depiction of the boy is a sensitive  and realistic one, devoid of stereotype or cliché.  The object in the boy's hand is unclear, the handle to a toy wagon, perhaps.

Like Lowell Stanley Bobleter, Landeck does not appear to have ever visited the Far East.  (He did, however, visit Turkey in the late twenties at the beginning of his etching career.)  Was this uncharacteristic print commissioned for a visiting Japanese businessman or diplomat?  The edition size of 12 impressions is certainly small enough to suggest that it might have been a commission   In fact, the print is so uncommon that no image was available when the Kraefts' catalogue raisonné was first compiled in 1977 or when it was updated and revised in 1994.

I actually acquired this print as a bonus when bidding on a Japanese landscape print by Martin Lewis.  This pairing was not illogical, since Lewis was a close friend who lived for Japan for two years in the early twenties and produced more than a dozen etchings based on his time in Japan when he resumed his etching career in mid-twenties.  Some of Landeck's prints from the early 1930s show a clear debt to Lewis.  In the fall of 1934, Lewis, Landeck, and the lithographic printer George C. Miller opened "The School for Printmakers" at Miller's studio in New York City, although it would close only a few months later.  Landeck also substituted for Lewis teaching graphics at the Arts Student League during the winter of 1947-1948 while Lewis was out of town.  Could this boy's father be someone Lewis had originally met in Japan that Lewis introduced to Landeck at some point in the mid-thirties?  Like Bobleter's mysterious handful of Asian-themed prints, we may never know for sure what or who inspired Landeck to make this atypical print. 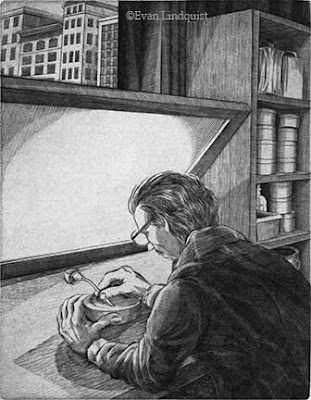 
If a comment box does not appear below, click on this link instead:  http://easternimp.blogspot.com/2016/01/armin-landeck-one-off.html
Posted by Darrel C. Karl at Friday, January 08, 2016