Welcome to Karuizawa: The Etchings of Willy Seiler

Willy Otto Oskar Seiler (1903-1997?) was one of the most popular foreign printmakers in post-WWII Japan.  His target audience was American tourists and, in particular, G.I.’s stationed in occupied Japan. 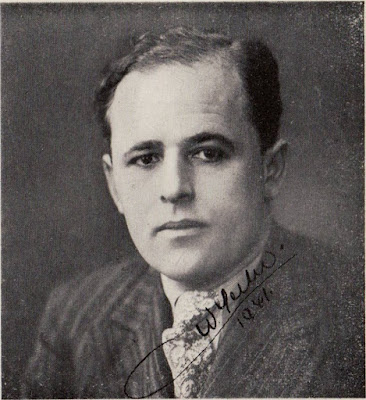 Most of the basic facts about Seiler’s life and career come from articles in Pacific Stars and Stripes and similar publications or from Seiler’s own promotional materials and, no doubt, are somewhat exaggerated.  Seiler was born in Oberloessnitz, near Dresden, Germany in 1903.  He received his first schooling in art in Dresden and in Munich, followed by a two year period of study in Paris.  Thereafter he worked as an artist and as a restorer of old paintings (also his father’s profession) until about 1928, at which point he left Germany and began to travel the world. 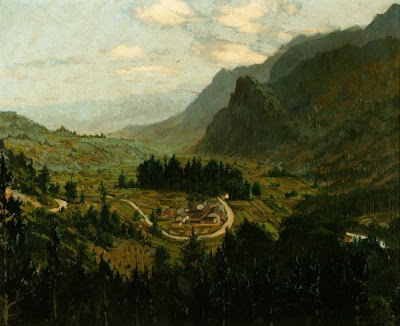 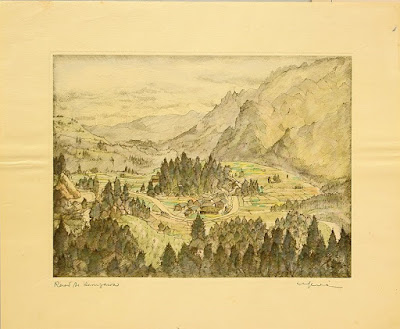 Road to Karuizawa (plate #49A) by Willy Seiler
Courtesy of Artelino.com
(hand-colored etching)

By the 1950s, he had supposedly visited approximately 50 countries, some of them several times.  His paintings were said to have been “exhibited in Rome and Paris, in Jerusalem and Teheran, San Francisco and Mexico . . . enthusiastically received and acclaimed by Maharajahs in India and by princes and high officials in many other countries.”   According to Seiler himself, his work was owned by such luminaries as Sir Winston Churchill, John F. Kennedy, Dwight D. Eisenhower, General Douglas MacArthur, Willy Brandt, Conrad Hilton, Robert MacNamara, John Foster Dulles, Theodor Heuss, Danny Kaye, and Eleanor Roosevelt.  (As impressive as this might sound, at least some of these people  owned his work because Seiler gave them his etchings as gifts.) 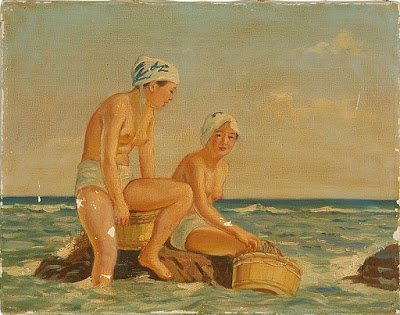 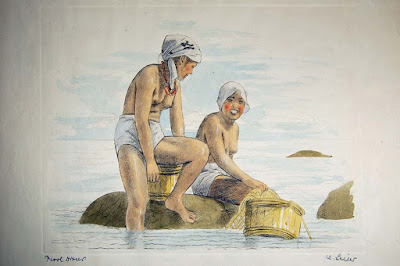 Seiler first visited Japan in 1933 at the invitation of the Japanese Industry Club on his way to the United States and South America.  He would return to Japan four years later, making it his base of operations until sometime in the mid-to-late 1960s.  In 1937, he founded an art school in Tokyo until it closed in 1945.   Seiler also visited the Central China front as war painter for the Japanese government at some point during the Second Sino-Japanese War. 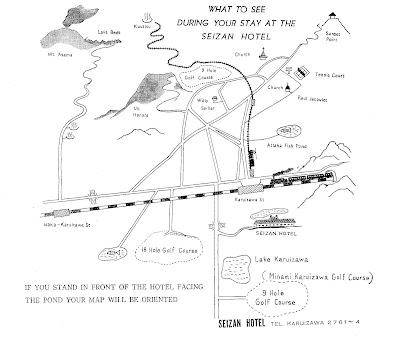 Seiler, like most foreign residents, was forcibly evacuated from Tokyo in the spring of 1945 and was resettled in Karuizawa, where he opened up a studio.  Karuizawa, a post resort town, was also one of the locations where the occupying forces were stationed after WWII.  Seiler would instruct U.S. Army personnel in oil painting, life drawing, and sketching at the Tokyo Army Educational Center in the late 1940s.  By the 1950s, Seiler had reopened the “Willy Seiler Academy of Fine Arts” in Tokyo in partnership with the conductor and composer Manfred Gurlitts.  One of Seiler’s neighbors in Karuizawa was the French artist and woodblock print designer Paul Jacoulet, who also occasionally lectured at the Tokyo Army Educational Center. 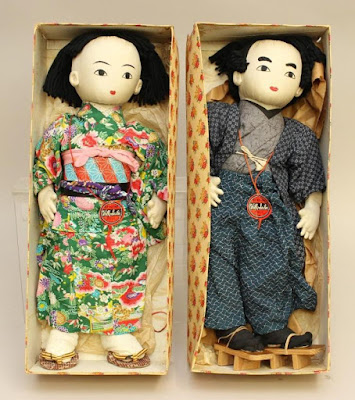 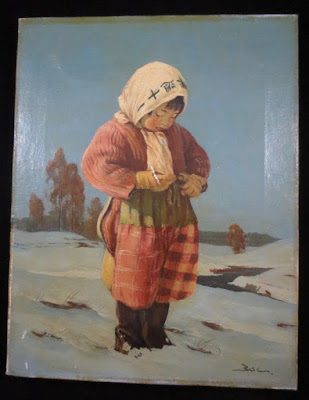 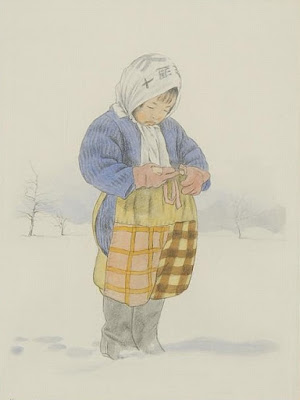 
While Seiler’s oil paintings turn up occasionally, beginning in late 1940s he began to make the soft ground copperplate etchings for which he is best remembered today.  The majority of these etchings, which were sold at various military base post exchanges in the Far East, feature sympathetic portraits of peasant farmers and fisherman at work, children at play, and women chatting or shopping.  Seiler also made landscape etchings, but he eschewed the usual depictions of temples and castles, focusing instead on the natural beauty of the Japanese countryside.  He also did a series of nudes, intended no doubt to decorate the barracks of lonely servicemen. 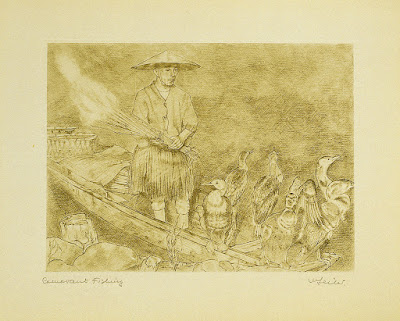 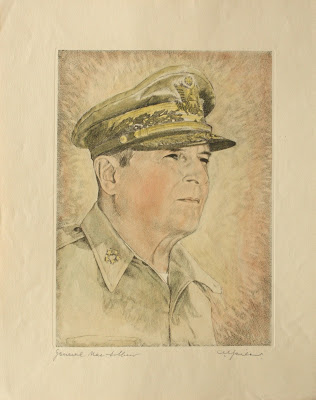 
Although the vast majority of Seiler’s etchings feature Japanese people or landscapes, a handful feature Chinese subjects.  He also released a “Korean edition” of twelve etchings (not counting his portrait of Dr. Syngman Rhee).  Particularly popular were three bust portraits of General Douglas MacArthur which were made while on assignment for Pacific Stars and Stripes. 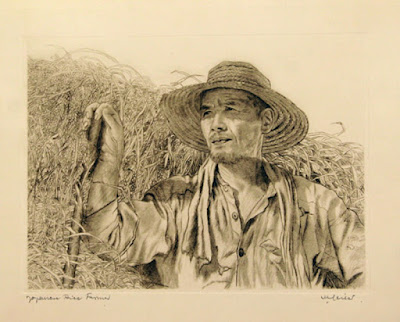 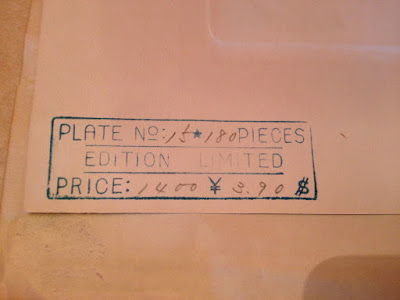 Back of Japanese Rice Farmer (plate #15) by Willy Seiler
(etching)

Seiler issued his print designs in two distinct editions.  The main edition would be printed in black or sepia ink, whereas the other one would be a smaller edition hand-colored with watercolor.  (Color variants of the colored states are known to exist.)   The size of the edition (labeled “pieces” ) generally would be printed on the back of etching.  The back of the etching would also list a “plate number.”  Some dealers have confused this with the print number within the stated edition.  Seiler, however, did not individually number his prints.  Rather, this plate number operated as a code or catalog number for the print design.  Thus, plate number “15” is unique to all the “Japanese Rice Farmer” etchings, rather than suggesting that the print is #15/180.  The print itself originally would have been originally issued in a folder that also bore the number “15.”  It is not uncommon, however, to find a particular etching mistakenly stored in folder for a completely different design.   The use of the “A” suffix after the plate number (e.g., “15A”) indicates that the etching was hand-colored. 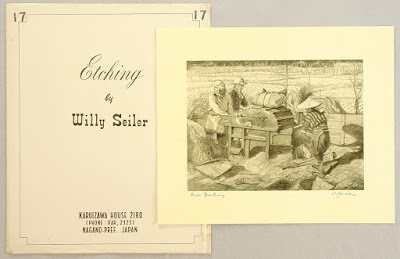 
All of Seiler’s etchings bearing a plate number below 100 are in a standard size of 12.5” x 15.25” (or 15.25” x 12.5”).  Seiler’s etchings which are smaller are generally not numbered and their edition size is unknown at present, but extent folders for such prints are labeled with plate numbers above 100.  Many of these smaller etchings were issued as holiday greeting cards or as calendar prints.  Seiler also produced a series of postcard sets featuring reduced versions of his commercial etchings. 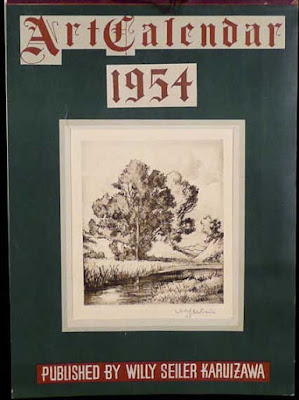 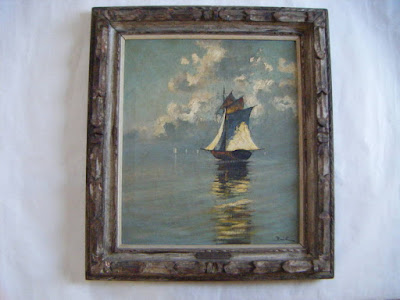 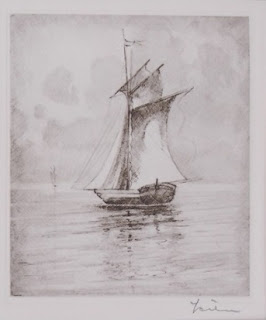 Little is currently known about Seiler’s private life.  Merrill Holmes has uncovered a passenger list from November 1933 indicating that he had a wife named Maritte, from Dresden, whose occupation was listed as a landscape artist.  (In contrast, Seiler's occupation at that time was listed as a portrait artist.)  His wife gave birth to a daughter, Anita, in Japan in 1933.  There is another Seiler named Rudolph, who exact relationship (if any) to Seiler is not known at this time.  Both Anita and Rudolph produced color etchings of their own.  Willy Seiler was a pet fancier (three dogs and a cat) and a fan of movies.  He also played bridge and raised chickens. 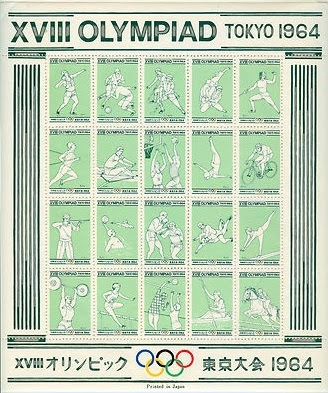 Seiler was still in Japan as late as 1964, as he designed seals for the Tokyo Olympics.  At some point in the 1960s, however, Seiler returned to Europe.   He spent some time in Berlin, ultimately publishing a book in 1981 that promoted the peaceful  unification of East and West Germany.  A Zurich newspaper reported the death of a Willy Seiler in 1997, who may or may not have been the Seiler discussed in this post.  If he was, then it is possible that he was living in or near Zurich at the time of his death. 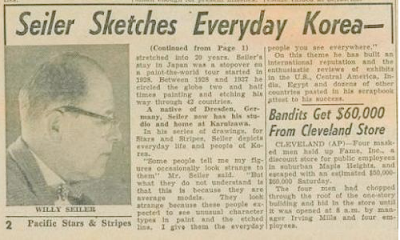 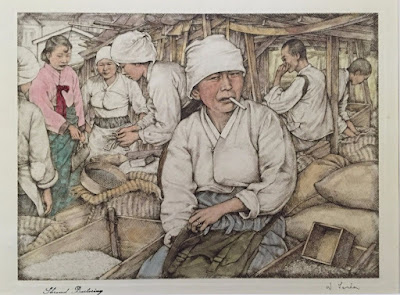 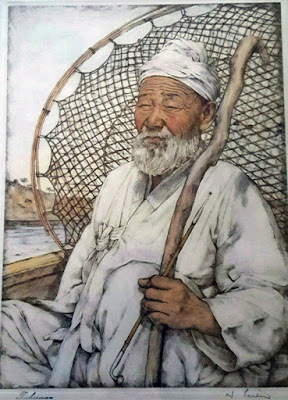 Since Willy Seiler’s output of monochromatic and colored etchings exceeded 200 prints, it is too large to be included in this post.  But seeing as there is no comprehensive listing of Seiler’s prints in the literature or on the Internet, I have decided to host a catalog inventory of his prints elsewhere, which can be accessed through the following links:
Etchings #1-20
Etchings #21-40
Etchings #41-56
Etchings #57-73 (including the Korean Series)
Etchings #101-123 (smaller landscapes)
Etchings #131-143 (smaller nudes)
Other Etchings (postcards) 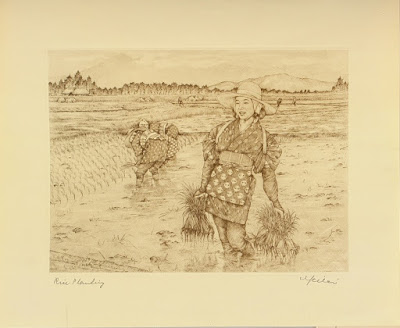 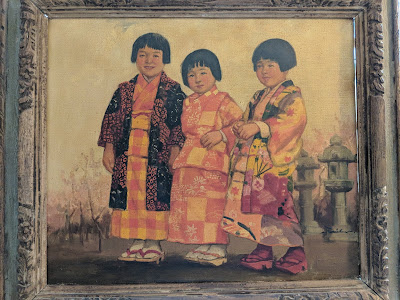 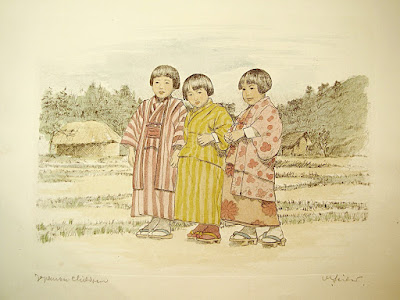 This catalog is still very much a work in progress, and I welcome additional information or images, especially for plate #10 (Farmer and Mount Fuji) and #71 (Old Indian), either colored or uncolored. 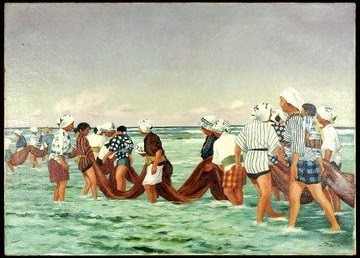 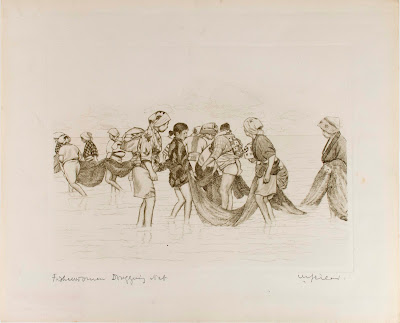 My sincere thanks to Waynor and Laurie Petrie Rogers who, in addition to providing me with numerous images of Seiler prints found in their collection, also graciously shared the information that they had amassed over the years about Seiler’s life and work.  Without such material, the working inventory that I had compiled would have been woefully incomplete, and this post would have been perfunctory at best.  Thanks also to Merrill Holmes who provided several additional salient details. 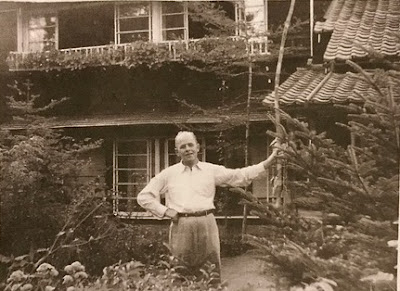 If a comment box doesn't appear below, click on this link instead: http://easternimp.blogspot.com/2016/11/welcome-to-karuizawa-etchings-of-willy.html
Posted by Darrel C. Karl at Thursday, November 17, 2016