Wilhelmina Seegmiller (1866-1913) is not an artist likely familiar to most of my readers.  She was born in Canada, received her early training in the Goderich, Ontario schools, and later studied in Toronto.  In 1884, she moved to Grand Rapids, Michigan, where she passed the teacher's examination and, at the age of 18, was appointed a teacher in the primary grade at the Wealthy Avenue school.  In a matter of years, she was appointed the principal of that school, all the while studying art in her spare time.  In 1888, she was appointed the director of arts in the public schools of Allegheny, Pennsylvania.  In 1893, she entered the Pratt Institute's School of Fine and Applied Arts and, after graduation, traveled to Europe.  In 1895, Seegmiller came to Indianapolis, Indiana as its director of art instruction in the public schools, a position that she held until her premature death in 1913. 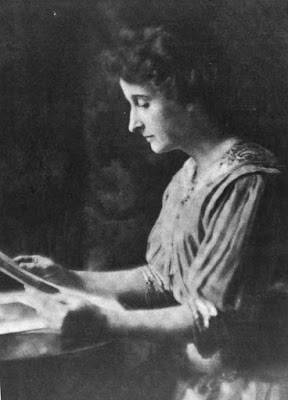 As you may have gathered by now, Seegmiller's contributions were primarily as an early proponent of art education in American public schools.  She encouraged schools in Indianapolis to use professional artists to teach art and, in 1909, she convinced the Indianapolis legislature to pass a law to allow school boards to split fifty cents of each taxable hundred dollars with the associations for art education in cites that had art associations.  Although unable to personally attend, she was one of four Americans invited to represent the United States at the International Congress of Art Educators and Manual Training Teachers in London in 1908.  Through her involvement in the Art Association of Indianapolis, she also promoted greater interaction between local museums and schools by having the museums admit teachers and students for free, provide weekly illustrated lectures, make instruction in art and design available for teachers at reduced rates, and provide advanced pupils with free instruction in drawing at the John Herron Art Institute.

As an author, she wrote a series of "Applied Art Drawing Books" for the first eight grades that became a standard text in American schools.  Another book set forth a four year study of "Primary Hand Work" that including weaving and basket-making.  She co-edited a series of "The Riverside Readers," anthologies of literature, poetry, and history with accompanying study guides.  She also published a number of collections of her own poetry such as "Little Rhymes for Little Readers" in the vein of Robert Louis Stevenson's "A Child's Garden of Verses."  One of these books, "Sing a Song of Seasons," was illustrated with her own botanical artwork. 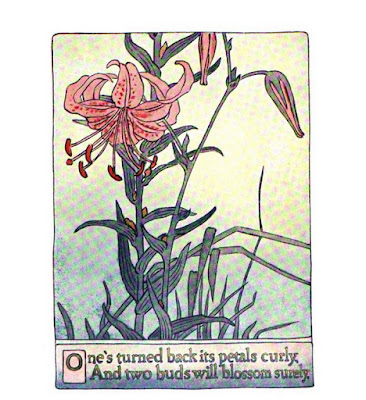 Illustration by Wilhelmina Seegmiller from Sing a Song of Seasons (1914)

Evidently, Wilhelmina Seegmiller greatly admired Japanese prints, and did her best to make sure her art teachers were exposed to them.  At some point, her paths crossed with Sogo Matsumoto.  According to the December 19, 1903 edition of The Minneapolis Journal, Matsumoto was "busily engaged in preparing illustrations for a teachers' textbook of drawing."  I suspect that the textbook in question was one of Seegmiller's "Applied Art Drawing Books," which were published by Atkinson, Mentzer & Grover. 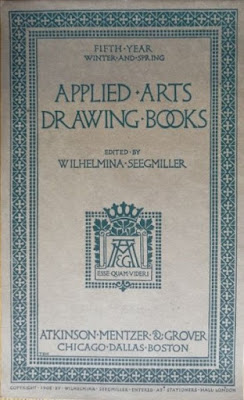 The details of Sogo Matsumoto's life are somewhat sketchy.  It is known that he traveled to Paris in 1900 and that he met James Whistler, who encouraged him to respect the traditional arts of Japan. Upon returning to Japan, he founded The Matsumoto Print Works, a mail-order business in Nagoya that published woodblock printed reproductions of traditional Japanese prints.  These reproductions were allegedly admired by no less than Arthur W. Dow in their day.  Matsumoto received his Masters of Arts from Yale in 1901, and by 1906 was living in New York City.  In 1913, he was elected as a Member of the Imperial Diet, representing the prefecture of Miye.  The Great Kanto Earthquake of 1923, however, appears to have ended his print publishing business, and Matsumoto enlisted the help of the ceramics painter Kataro Shirayamadani, who worked at Cincinnati's Rookwood Pottery, to help him dispose of his remaining stock.  An avid collector and dealer of Japanese and Chinese prints, his collection was frequently exhibited at various venues throughout the United States, and he sold (or donated) prints and textiles to American museums such as the Met, the Rhode Island School of Design, and what is now known as the Jordan Schnitzer Museum of Art.  Matsumoto authored a monograph entitled "The Making of Color Prints" and, later in life, was the Director of the Far Eastern Cultural Center in 1938-1940. 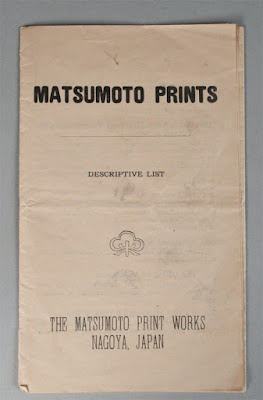 Catalog for The Matsumoto Print Works

Seegmiller appears to have commissioned Matsumoto's company to turn at least five of her botanical drawings into woodblock prints.  Four of these prints were distributed in the U.S. by Atkinson, Mentzer & Grover.  These prints are as follows: 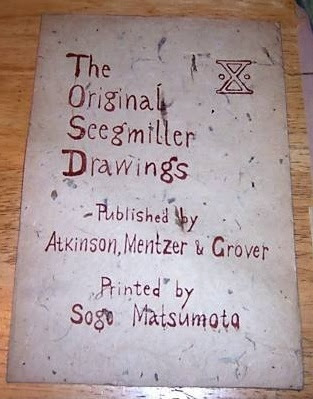 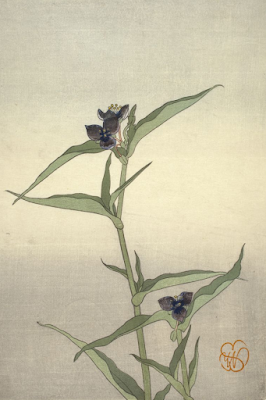 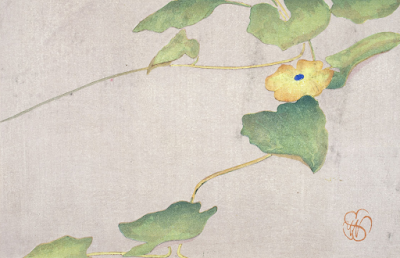 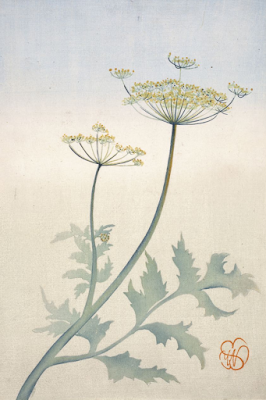 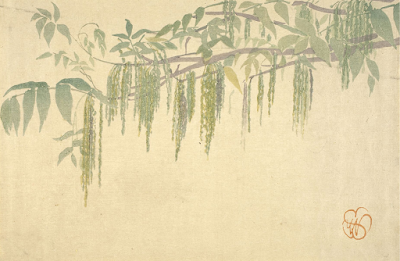 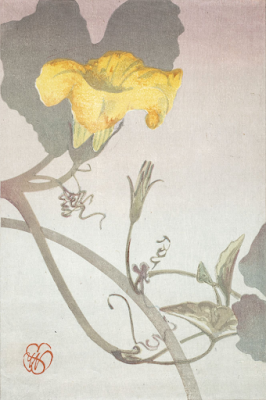 The Indianapolis Museum of Art also has a "Blossoms in Vase" work by Seegmiller in its Prints, Drawings, and Photographs Collection, but it is not imaged and the medium of that work is not specified. 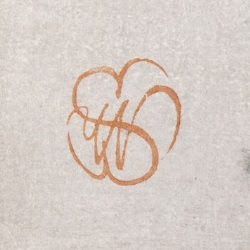 Atkinson, Mentzer & Grover also distributed a set of 6 woodblock print reproductions made by Matsumoto's company based on designs from Imao Keinen's Keinen Kacho Gafu.  Accompanying material for this set indicates that the prints were "selected" by Wilhelmina Seegmiller.  The "No. 2"  designation for this set suggests that there was also a prior set of Japanese print reproductions, although it is possible that the set of Seegmiller's flower studies is what Atkinson, Mentzer & Grover considered to be the first volume in the series.  If any reader is aware of the existence of a different "No. 1" set, or any other woodblock prints by Wilhelmina Seegmiller, please let me know. 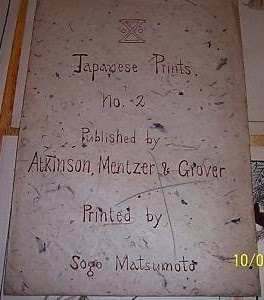 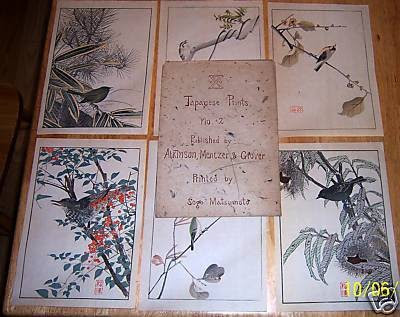